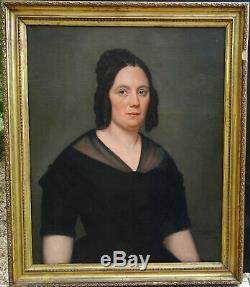 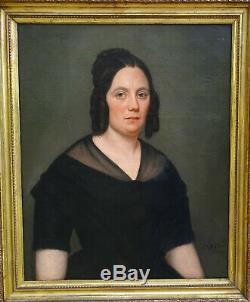 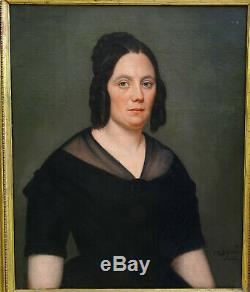 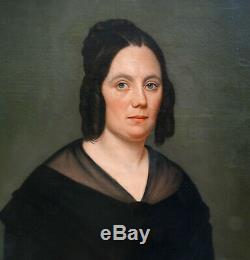 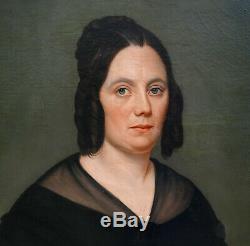 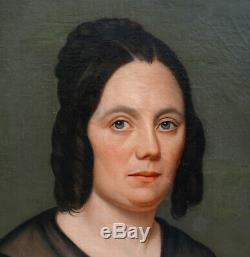 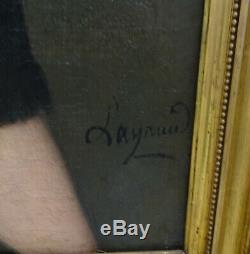 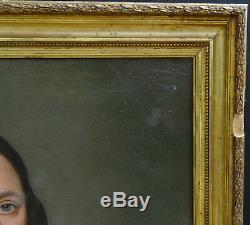 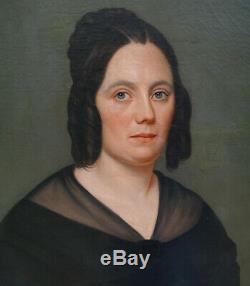 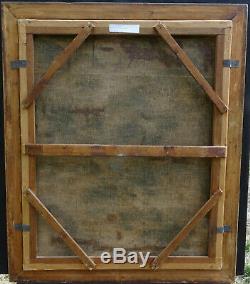 Portrait of woman under the Second Empire. French School of the nineteenth century. Joseph-wealthy seraph Layraud was a painter of history, genre and portraits born to rock the box (Drôme), died at Valenciennes in 1913. He was a pupil of Loubon, Léon Cogniet and Robert Fleury.

After winning the prize of Rome in 1863 he returned to Paris where he painted some paintings of history and especially portraits among which cites those same Loubet, princes of Portugal, litz. He won several medals at the 1872 show in 1900. Knight of the Legion of Honor in 1890 and elevated to the rank of officer. He was professor in the Valencian academies. Annotated back \In its original frame nineteenth century, a lack on the outside at the top right.

Check out my other items! In response to many of our customers we have decided to allow payment facilities. Payment delays are possible in two or three times for free. Our expeditions are grouped and are not performing day to day, they can spread over ten days.

You must contact us imperative if after this time your parcel will had not yet reached. The item \The seller is \This item can be shipped to the following countries: European Union, Switzerland.