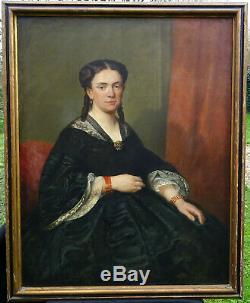 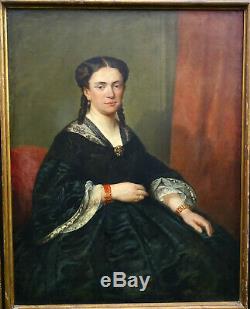 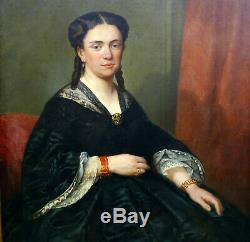 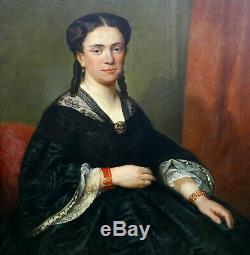 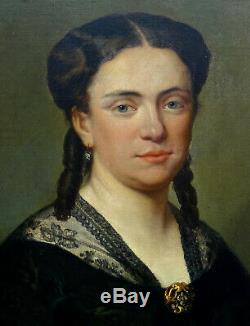 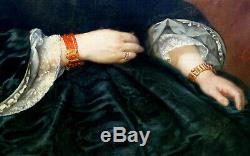 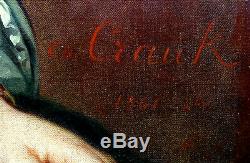 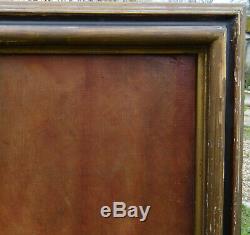 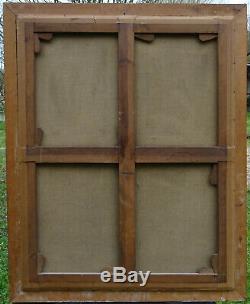 Great portrait of a woman of quality under the Second Empire. French School of the nineteenth century. Charles-Alexandre Crauk donchy was born in 1819 and died in Paris in 1905.

He entered the School of Fine Arts in 1840 where he was a pupil of Picot. In 1846 he took second prize at the Rome competition. He began to exhibit at the show in Paris in 1845 with his painting: watteau and pater.

On the command of the interior ministry, he executed in 1852: Ecstasy of St. Lambert, and in 1853, on that of the Ministry of the state: the baptism of Jesus.

He has authored many religious paintings. Canned Amiens Museum of him making médée youth and eson portrait of General bogeldieu.

Crauk was knighted d ela Legion of Honor in 1881 and then in 1896. Officer frame Dimensions: 127 x 102 cm. Frame dimensions: 116 x 91 cm. Port usa, canada, middle east: 199 euros. Port rest of the world, australia, china ... Add to your favorites list. Check out my other items. In response to many of our customers we have decided to allow payment facilities. Payment delays are possible in two or three times for free. Our expeditions are grouped and are not performing day to day, they can spread over ten days. You must contact us imperative if after this time your parcel will had not yet reached. The item \The seller is \This item can be shipped to the following countries: america, europe, asia, australia.